The British Film Academy was founded in 1947 by a number of distinguished Directors and major figures in the British film industry including such luminaries as David Lean, Laurence Olivier and Carol Reed with the first film awards taking place in 1949 under the chairmanship of David Lean.
In 1955 The British Film Academy merged with The Guild of Television Producers to become the Society of Film and Television Arts and then the British Academy of Film and Television Arts (BAFTA).

That year the American sculptor Mitzi Cunliffe was commissioned to design an award which was to become the iconic theatrical tragicomic bronze mask we know today. Modelled originally from Plasticine, the casting moulds were then made from this though Cuncliffe's design was more complex than just the front image. In the hollow reverse of the mask there is a screen symbol around one eye and an electronic figure around the other linking television technology and dramatic production. Originally the mask was to sit on a revolving support so that both sides could be seen.
The first BAFTA award, a symbol of excellence in the art forms of the moving image was presented to Sir Charles Chaplin that year and BAFTA's annual film awards ceremony known as the British Academy Film Awards or more simply as "the BAFTA's" are today held at the Royal Opera House having moved there in 2008 from the Odeon cinema in Leicester Square. BAFTA is today an independent charity serving a membership of over 6,500 creatives and professionals in the UK and the US, it's mission to 'support, develop and promote the art forms of the moving image, by identifying and rewarding excellence, inspiring practitioners and benefiting the public'.

With it's plain and unassuming door at 195 Piccadilly, right in the middle of theatre land, BAFTA is housed in a Grade 1 Listed building and is a wonderful venue for an adventurous London wedding photographer, offering that particular touch of glamour to the day's proceedings.

There are three locations at BAFTA that are licensed for Civil Ceremonies:

The Princess Anna Theatre, so named after it's former Academy President, with a capacity of up to 227 wedding guests and complete with it's state-of-the-art auditorium it provides a luxurious setting for the wedding proceedings with unique wedding photography opportunities.

The Run Run Shaw Theatre with a capacity of up to 40 guests also has the benefit of the adjacent Mezzanine floor and is great for informal reportage wedding photography as it benefits from plenty of natural light;

Finally there is the David Lean Room, named in honour of the legendary film director and with a capacity of up to 200 seated guests, it offers a wonderful space for a wedding breakfast and the day's celebrations with it's projector, high definition digital screens and PA sound system so you can easily put on your own personal show to spice up the speeches and when the sliding door is opened onto the Foyer Bar it gives a wedding photographer plenty of room to capture the wedding guests chatting and relaxing over a glass of champagne.

In addition to these great spaces there are further opportunities for glamorous wedding photographs in The Boardroom which is located at the top of the building and offers seating for up to 25 guests as well as the Mezzanine and the Gallery which together provide a relaxed breakout space and finally there is also the opportunity for reception drinks to be held in St James' Church garden. The church was designed by Sir Christopher Wren and has played a prominent role in the heart of Piccadilly since 1684 and with it's historic and iconic setting and capacity of up to 200 wedding guests it offers the London wedding photographer a host of fine wedding photography opportunities, weather and light permitting.

All in all, BAFTA at 195 Piccadilly provides a wonderfully theatrical setting for a London wedding and or reception and with its oversized BAFTA Bronze masks (the actual masks are only 16cm high) providing plenty of fun wedding photography opportunities along with all the rest of it's associated film history and iconic BAFTA branding this hidden London wedding venue provides a superb backdrop for memorable and lasting wedding pictures. 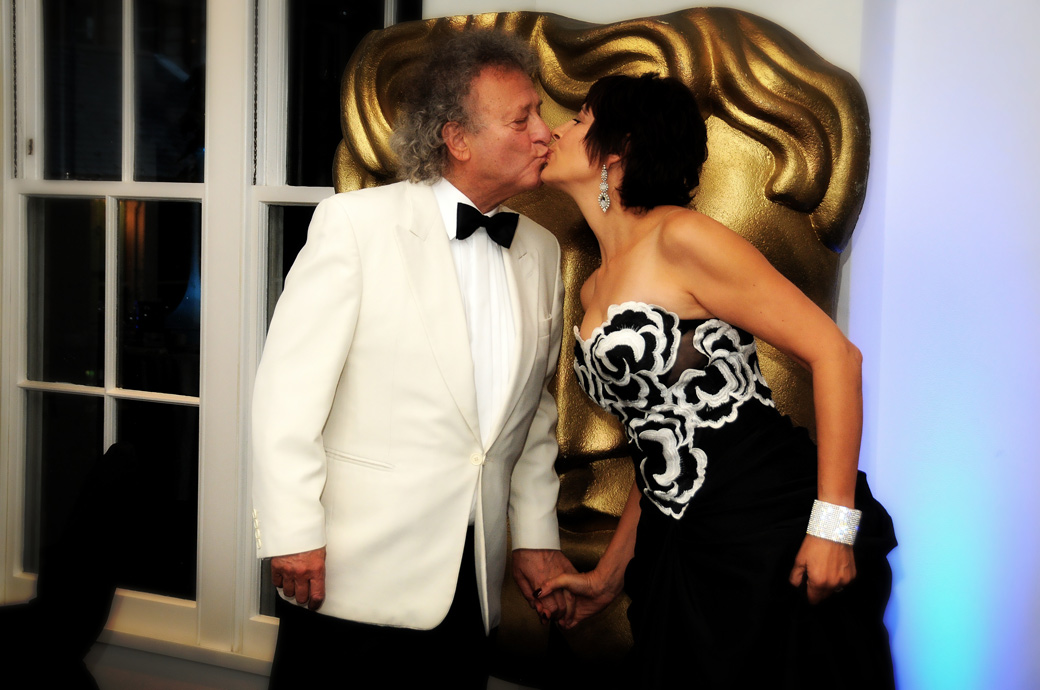 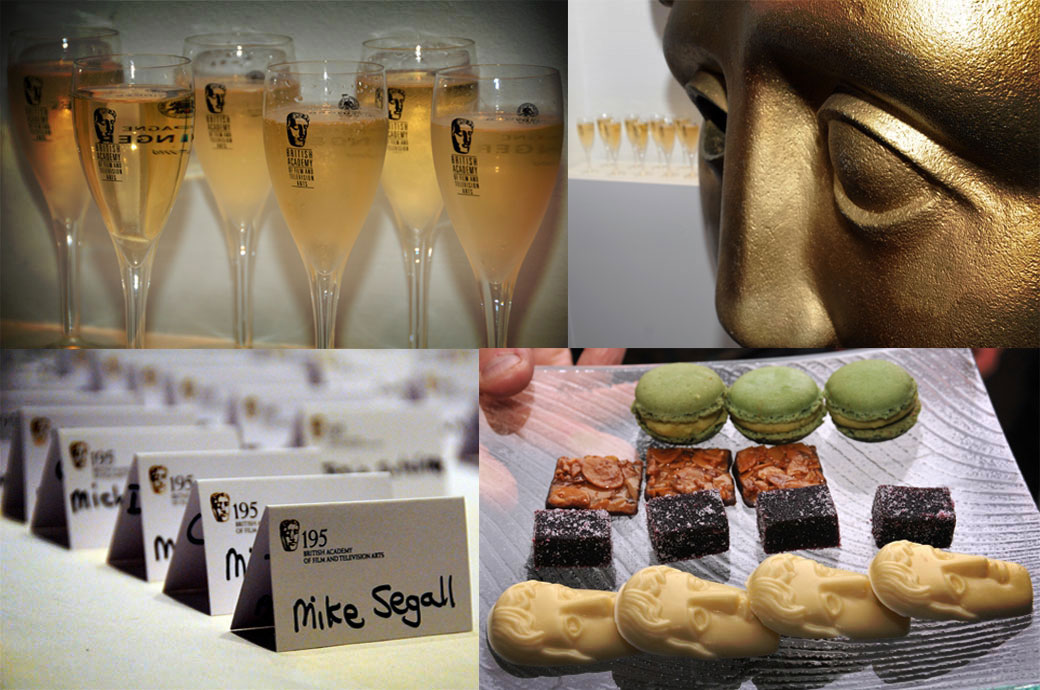 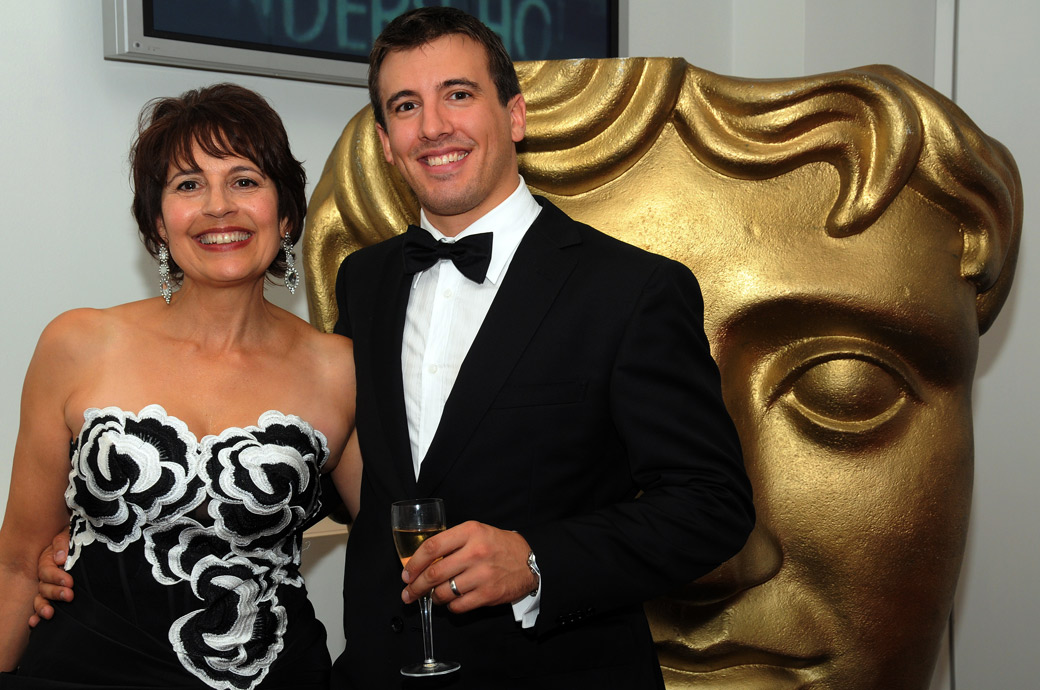 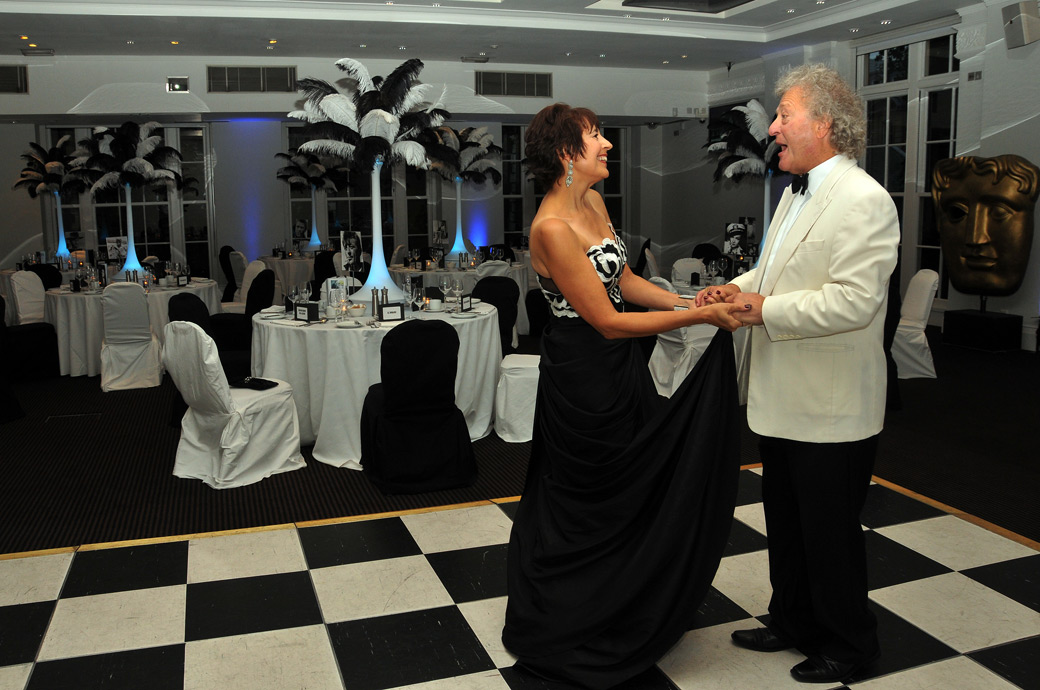 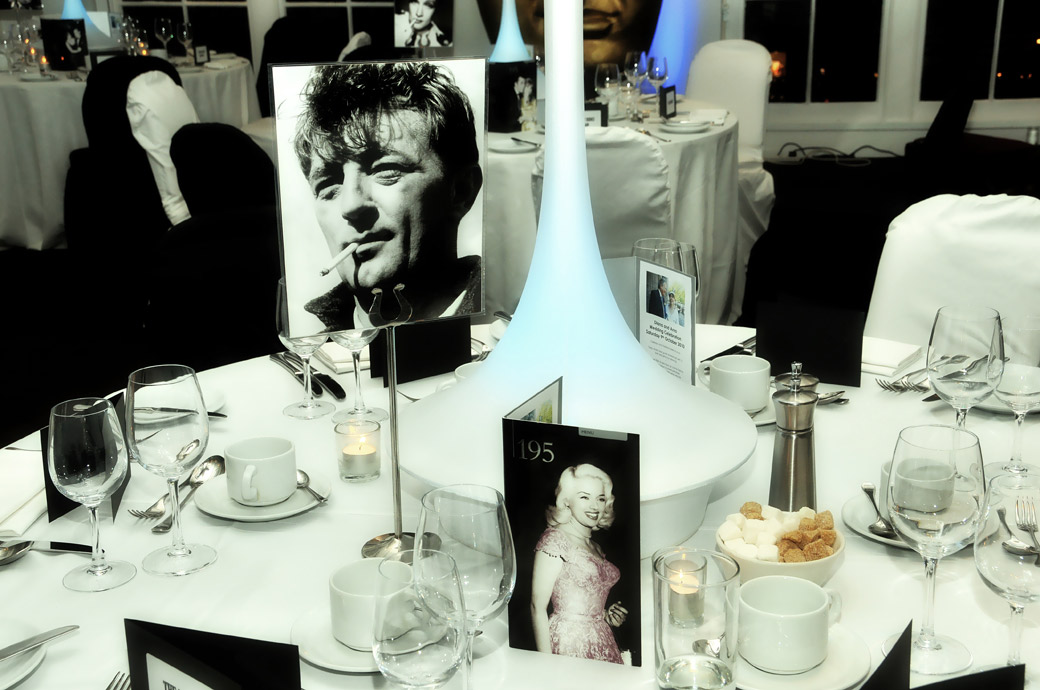 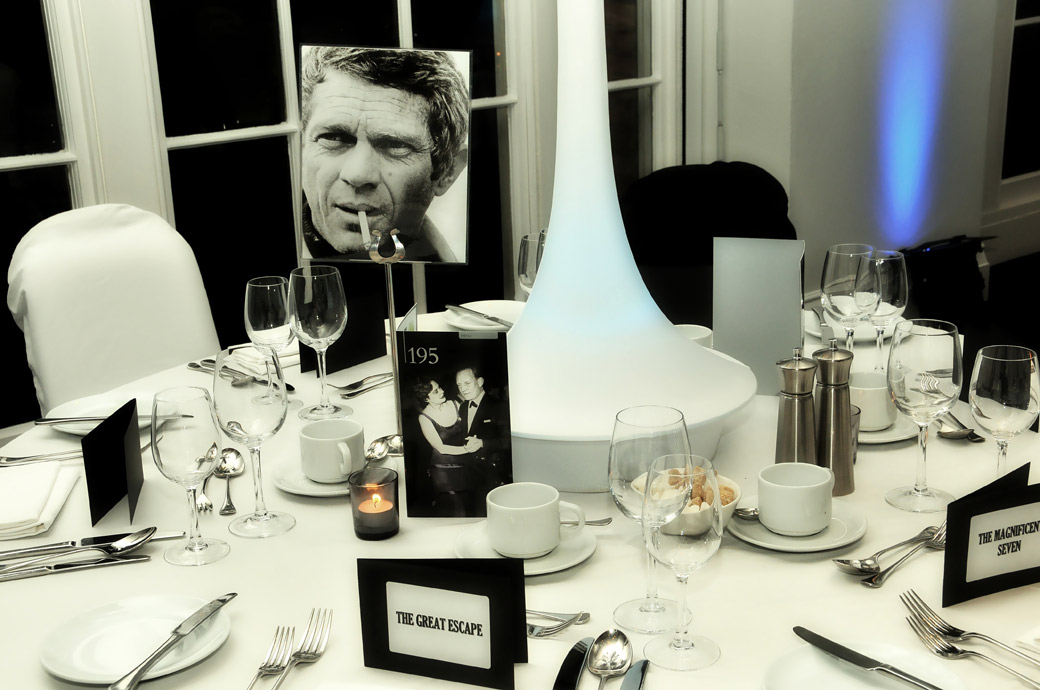 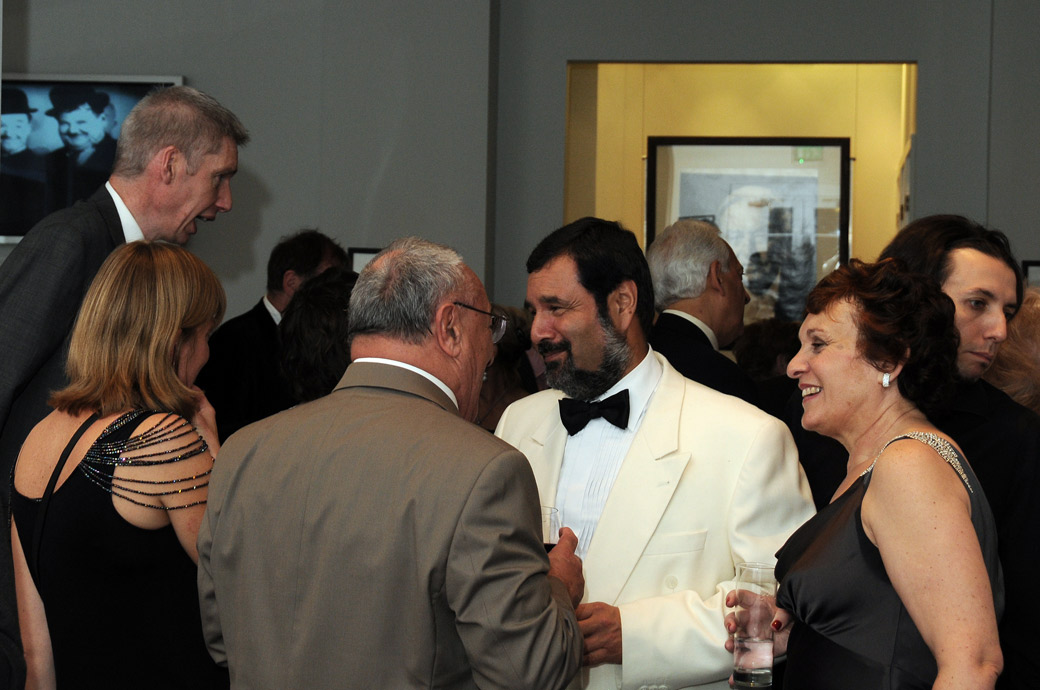 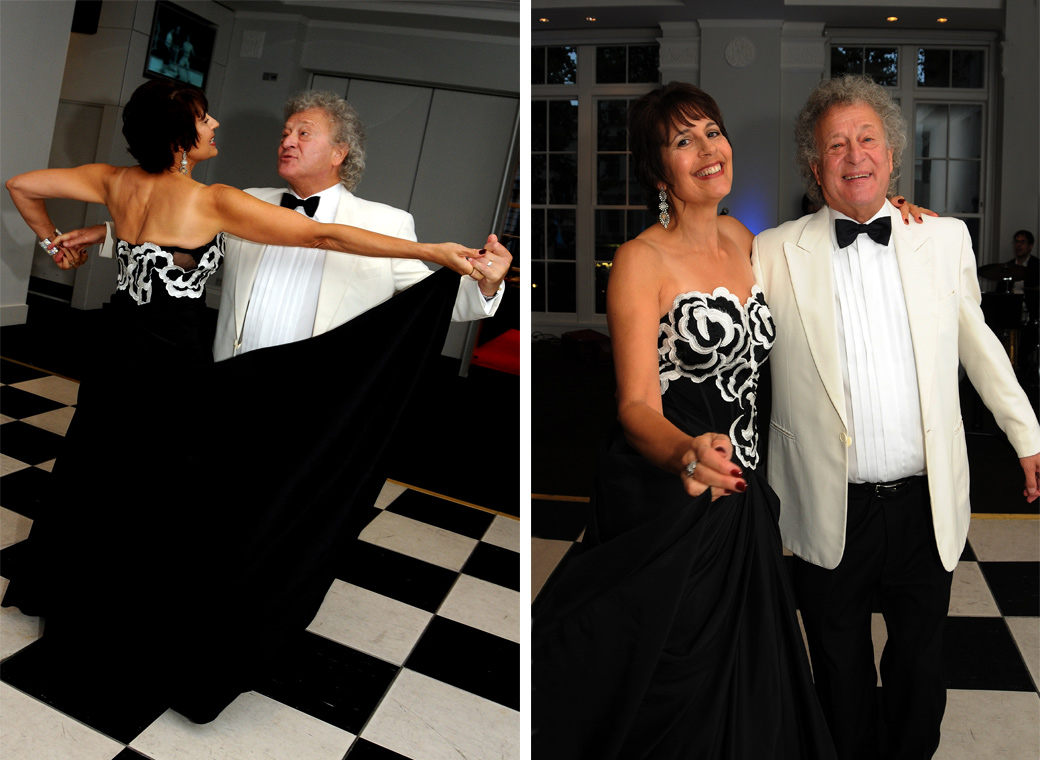 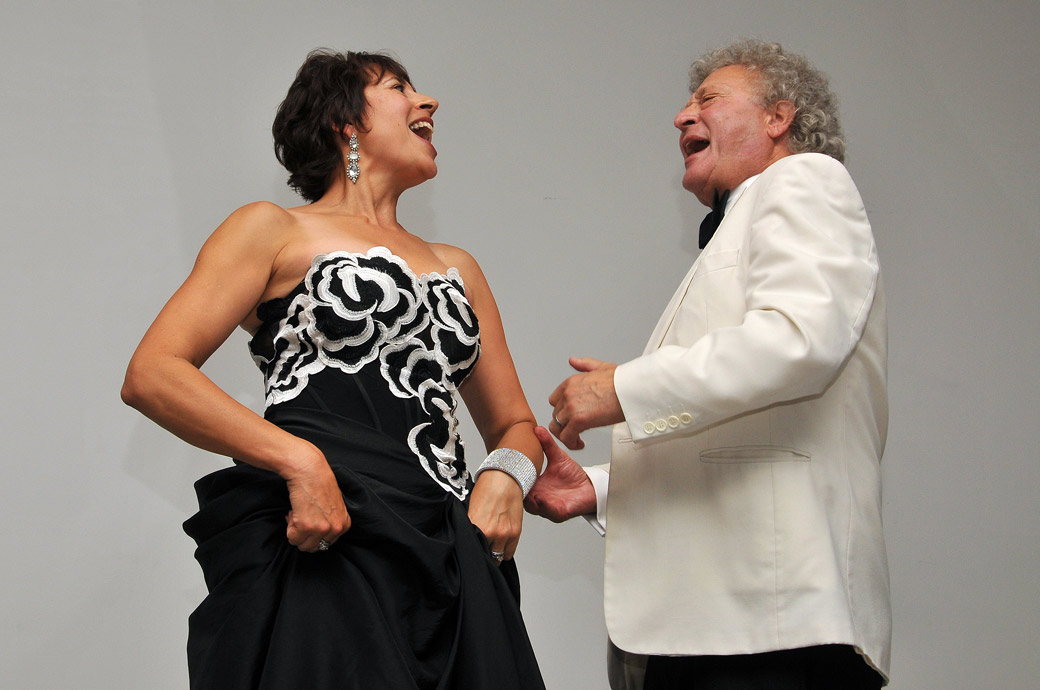 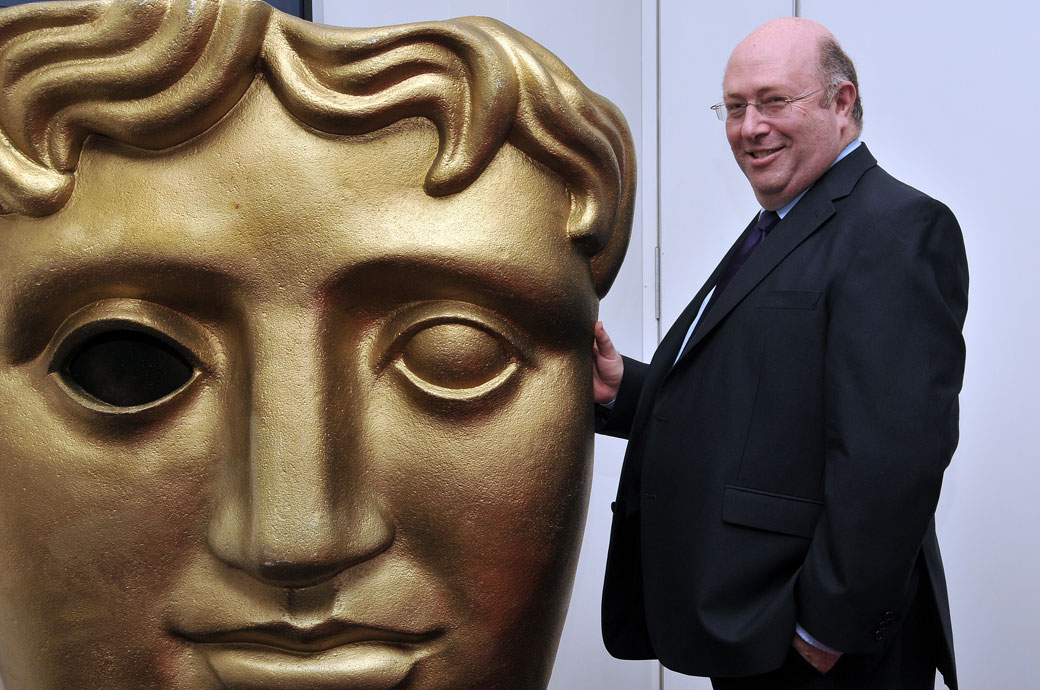 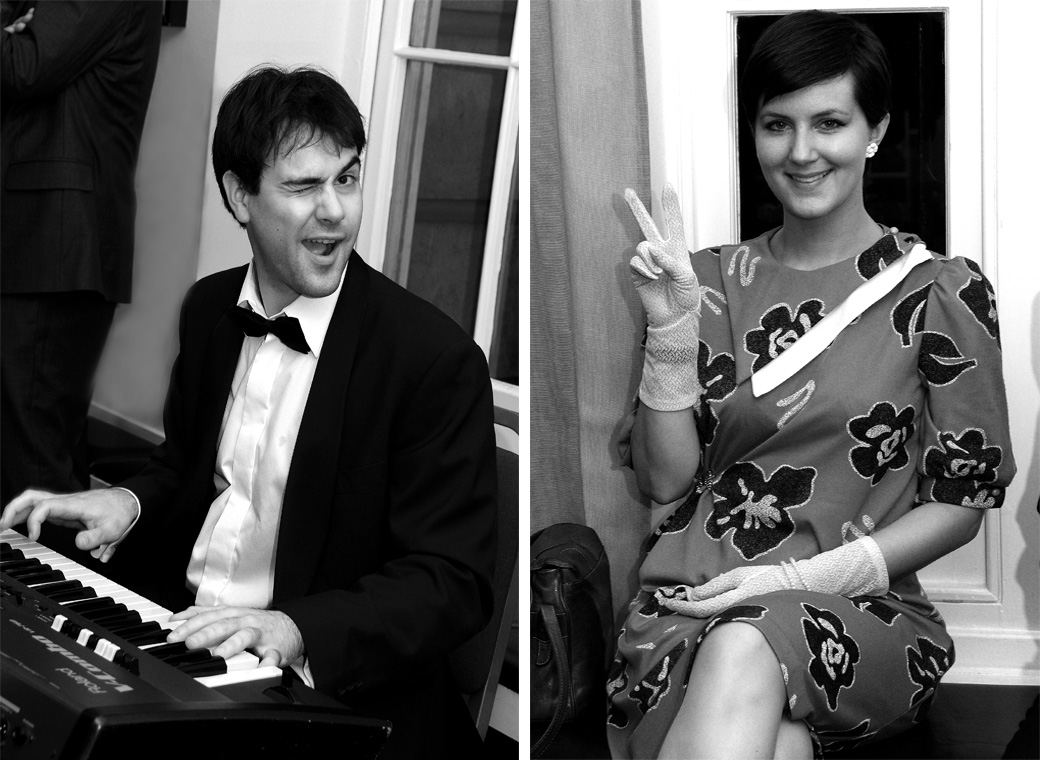 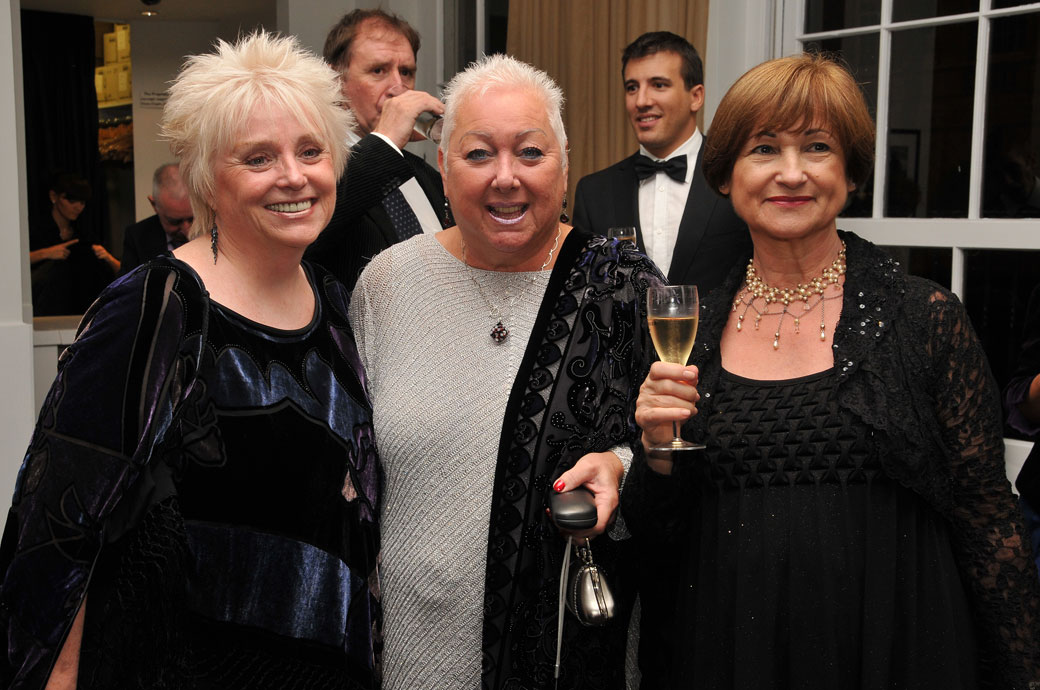 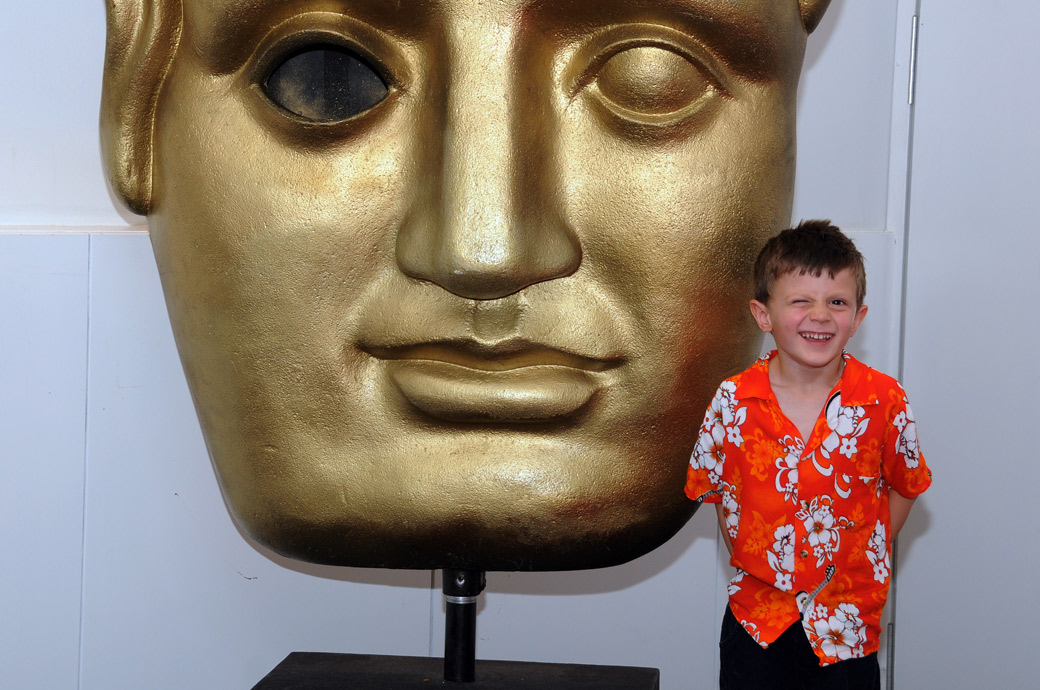 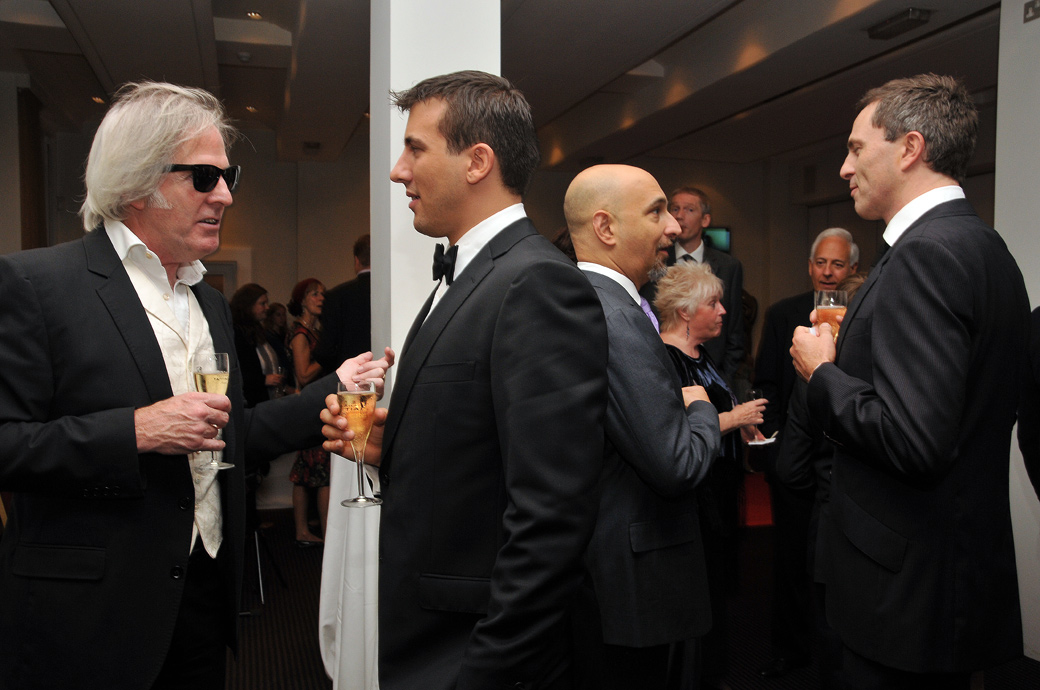 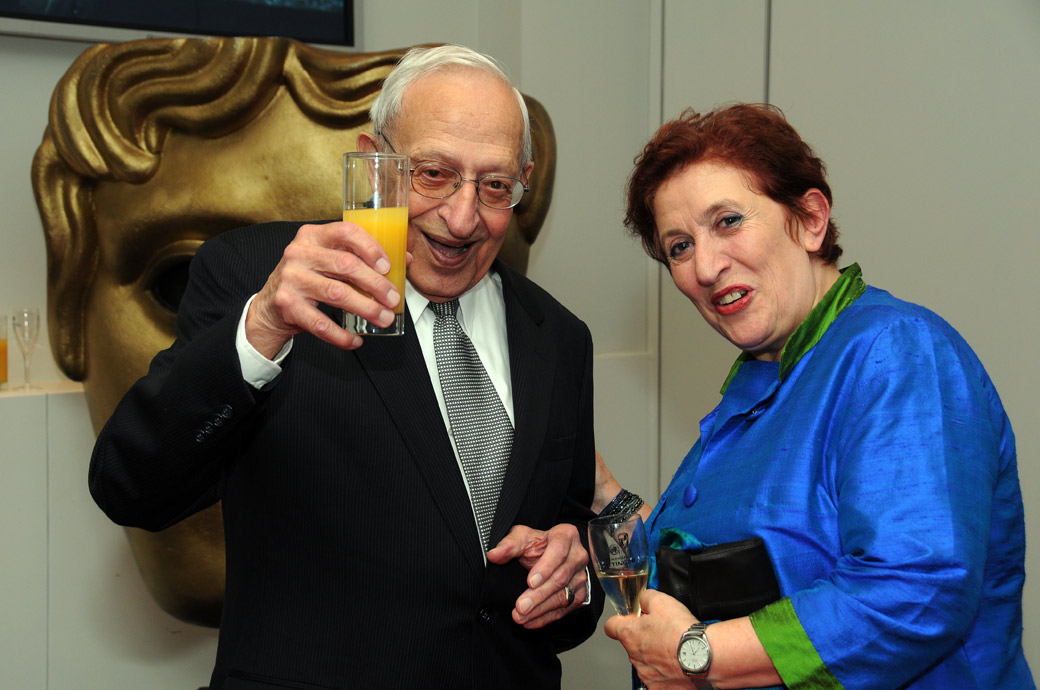 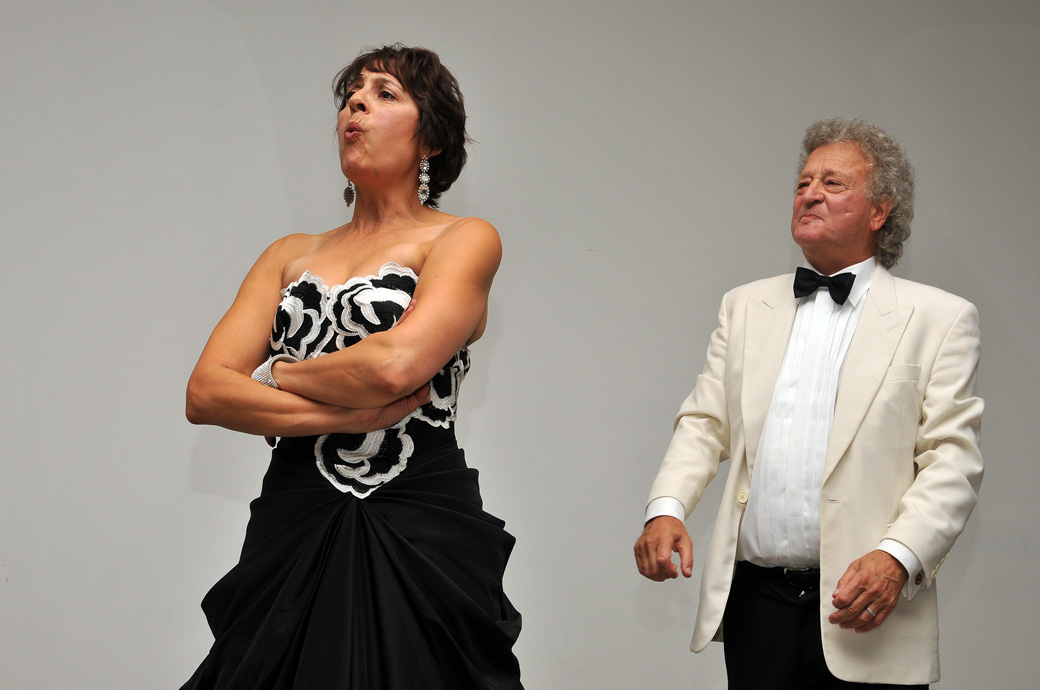 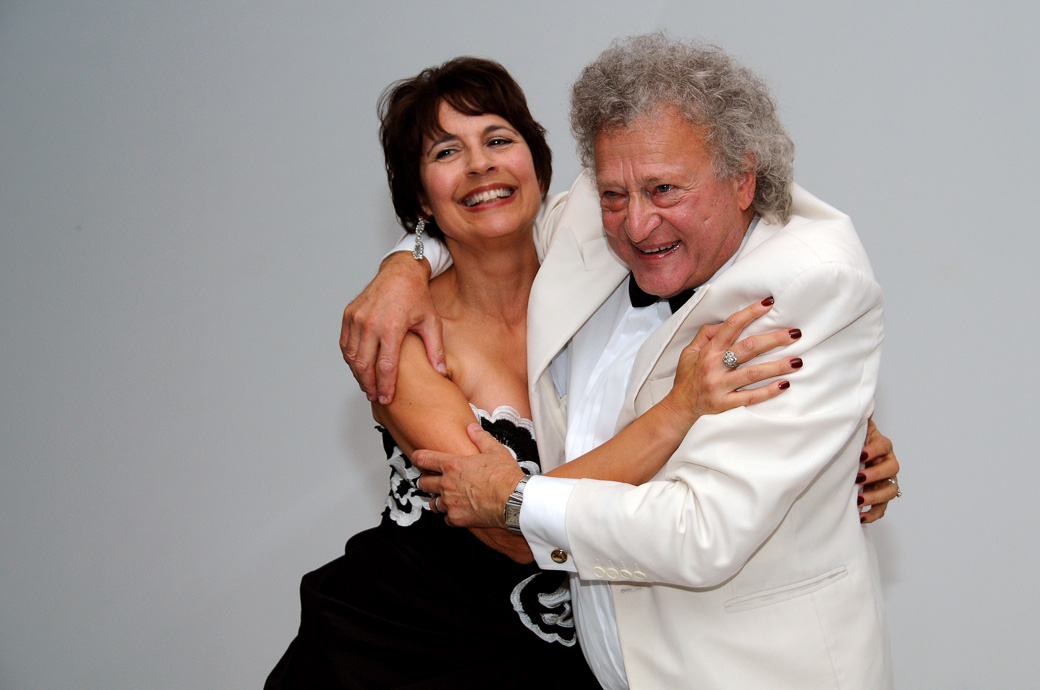 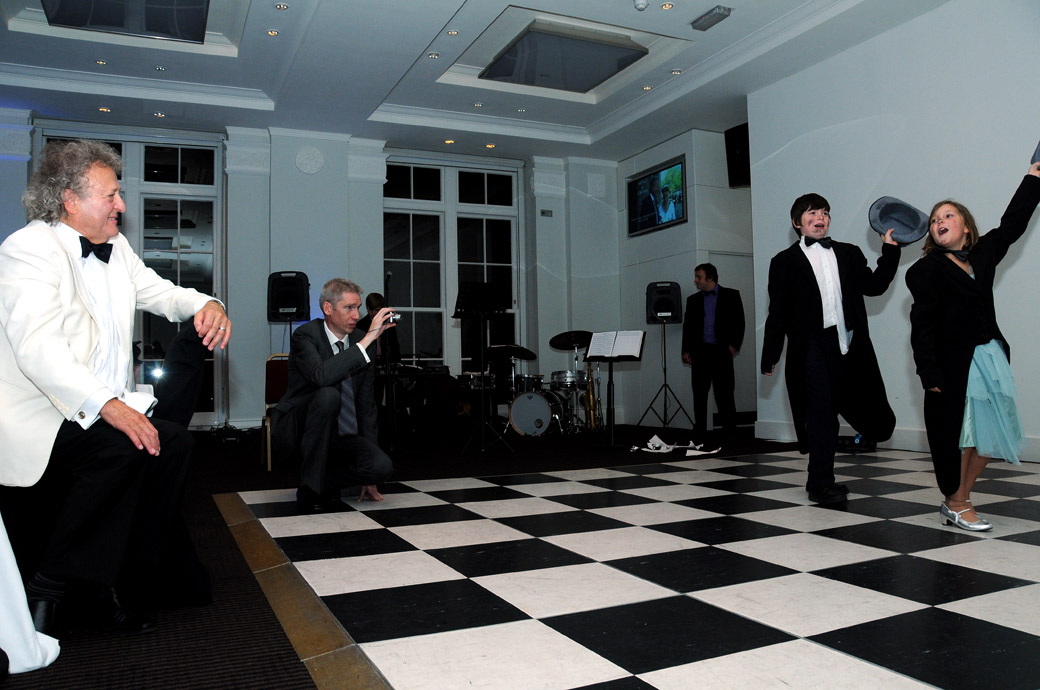 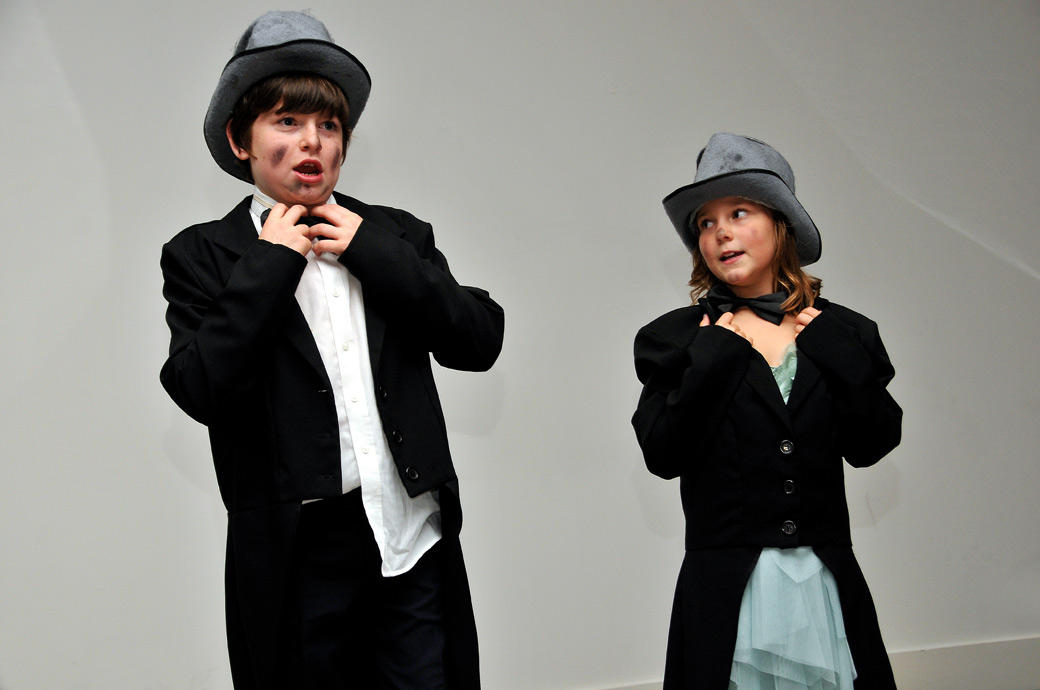 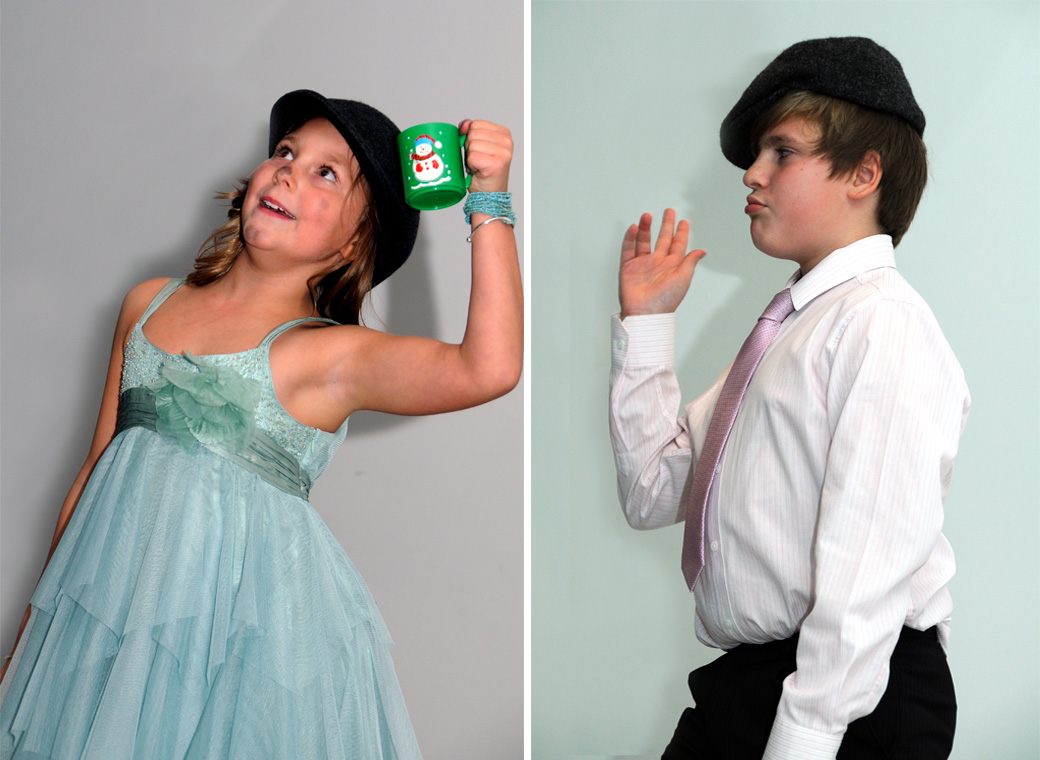 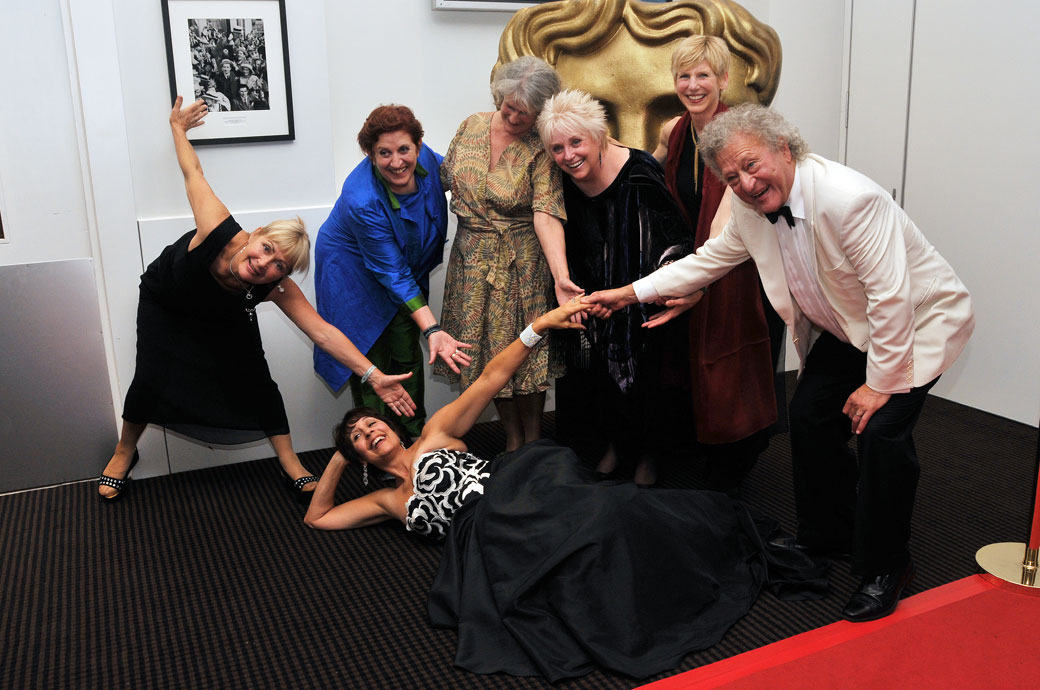 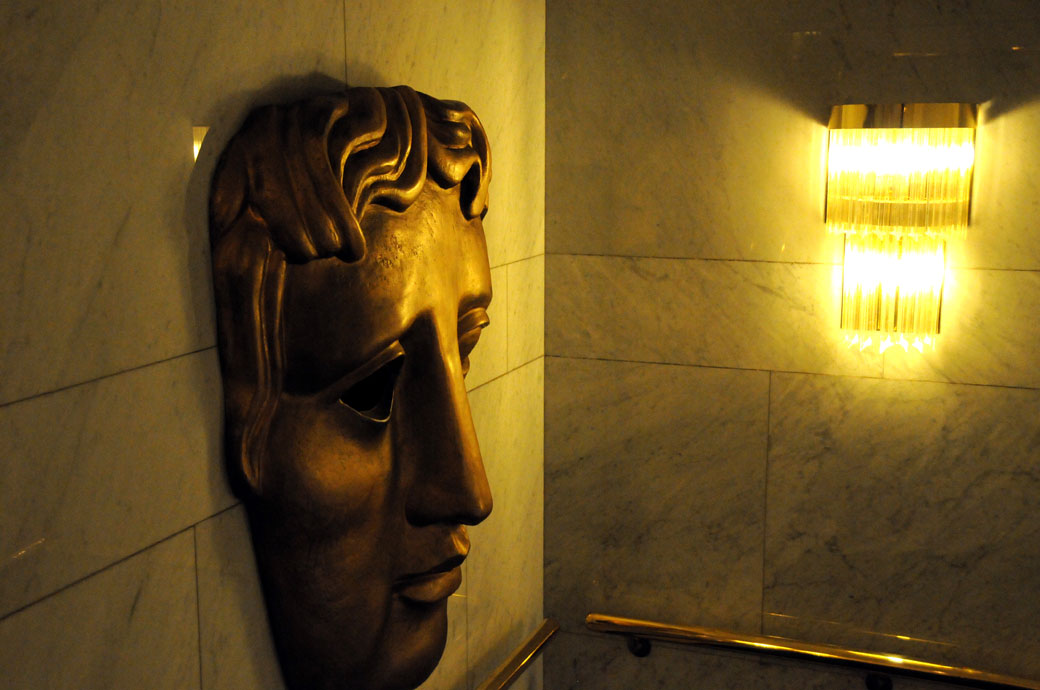 BAFTA (British Academy of Film and Television Arts), 195 Piccadilly, London W1J 9LN Tel: 020 7292 5860
For more information and to check our availability for your wedding day at BAFTA, London contact us today